The way Apple Inc. has evolved from its humble beginnings in Steve Jobs’s garage to the world’s most valuable brand is truly a fairytale. A lion share of Apple’s success depends on the immaculate and near-perfect manufacturing/supplier strategy the company has adopted in China.

China is a crucial cog in Apple’s business, the origin of most of its iPhones and iPads as well as its largest international market. It took Apple years of manufacturing proficiency and a lot of strategizing to become the top electronics brand on a global scale. Business owners who are interested in sourcing products from China manufacturers can follow the footsteps of Apple for sustainable success.

Previously, the list of Apple’s suppliers was a strategic secret kept by the company. However, in 2012 Apple revealed its supplier list in order to make their supply chain more transparent. Currently, Apple publishes an updated list every year on their official website. According to Apple, about 200 suppliers that are on the list account for a minimum of 97 percent of procurement expenditures for materials, assembly of products and manufacturing. This move of Apple will surely encourage businesses that are thinking of sourcing products from China manufacturers.

Apple manufactures its top-notch electronic components in some of the high-tech locations in the mainland China like Yangtze River Delta and the Pearl River Delta. 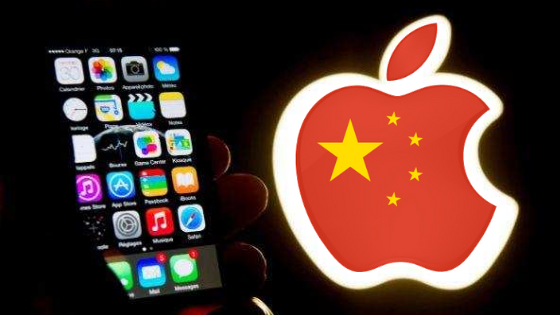 Contract factories owned by Hon Hai Precision Industry Co Ltd’s Foxconn, Pegatron Corp, Wistron Corp and others employ hundreds of thousands of workers to assemble Apple devices. Apple does not disclose how much it spends with each, and the companies on the list can change as different suppliers make the top-200 cutoff among Apple’s thousands of suppliers. The clustering of multiple suppliers allows Apple to make hundreds of millions of devices per year while holding only a few days’ worth of inventory. Apple has a number of exclusive long-term agreements with its key suppliers and uses prepayments to negotiate favorable pricing terms, secure strategic raw materials and guarantee high volumes of production.

Apple controls nearly every part of this complex network, leveraging its scale and clout to get the best product at the best price and delivered on time to the consumer. Despite the ongoing US-China trade war, the number of Apple’s Chinese and Hong Kong-based suppliers has remarkably surpassed American and Japanese suppliers. It is a clear indication that Apple is expecting a huge prospect in China in the near future when the dark clouds of trade war receded.