China has sought to accelerate its efforts to gain self-sufficiency and parity in semiconductors. Semiconductors are the integrated circuits that go into and power everything from smartphones to smart speakers to the most advanced super computers and driverless cars. According to The Wall Street Journal, China is close to finalizing a $47 billion investment fund that would finance semiconductor research and chip startup development. The fund, formally the China Integrated Circuit Industry Investment Fund Co., appears to be underwritten predominantly by government capital sources. The Big Fund represents the Chinese government’s primary vehicle to develop the domestic semiconductor supply chain and become competitive with chip industry leader the US. 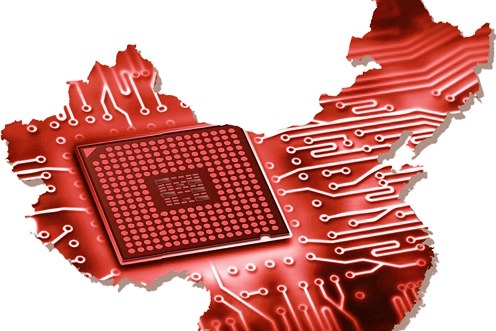 China is by far the largest consumer of semiconductors; it accounts for about 45 percent of the worldwide demand for chips, used both in China and for exports. But more than 90 percent of its consumption relies on imported integrated circuits. Boosting the semiconductor industry is the move to become self-sufficient and making China the best place for sourcing integrated circuits. China has steadily intensified efforts to build a homegrown semiconductor manufacturing industry, as the country tries to cut its reliance on overseas chip manufacturers and reduce the technology gap.

Beijing has proposed investing at least 1.2 trillion yuan ($177 billion) over a decade to build a domestic chip industry. Eventually, it wants to compete with Taiwan’s world-class semiconductor producers and global chip titans and like other China items wholesale, making it available at a lesser price. Chinese chip designers are flourishing because China now has money to recruit and cultivate the talent needed to grow the sector. Another advantage: The nation does not have to invest heavily in production equipment and facilities like foundries, according to Mark Li, an analyst at Sanford C. Bernstein.

“It’s an inevitable and irreversible trend that China’s chip industry will eventually surpass Taiwan, currently the world’s No. 2 player after the U.S. by revenue, and eventually become a potential threat to U.S. chipmakers,” Li said. World Semiconductor Trade Statistics (or WSTS) expects global semiconductor revenue to rise 7% YoY (year-over-year) in 2018. Semiconductors are a $412 billion global industry and encompass products such as sensors, microprocessors and memory devices. Since these are the building blocks of all modern technology, trends and innovation in semiconductors have a direct impact on all downstream technologies.

Dropshipping is not new, but various social media platforms have skyrocketed its popularity worldwide. Sellers …