How Sino-American trade relationship is Reshaping the Global Economy 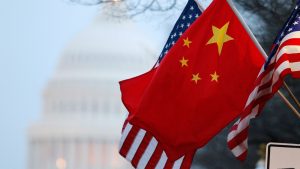 The economy of the entire world is getting more and more integrated. The cross border trading is creating enormous possibility to the people for selecting goods and services and choose products at lower prices than those in the domestic economy. China is playing a crucial role in evolving the global economy. The country has become the epicenter of manufacturing. From clothes to furniture, smartphones to plants, China offers infinite number of items to cater the needs of the US and major European countries. Chinese items are generally cheap, useful and long-lasting.

Business tie between the United States and China is considered the bedrock of the two countries’ relationship. Chinese manufacturing lowered prices in the United States for consumer goods, dampening inflation and putting more money in American wallets. US companies source products from the Chinese suppliers at a wholesale price and sell them at an affordable rate to the Americans.

Good value-for-money, labor-intensive goods imported from China have helped keep the cost of living down for Americans even when they become increasingly cash-strapped. Without consumer goods from China, the U.S. price index would go up an extra two percentage points every year. A strong collaborative relationship between US and China will not help both the countries but also offer a stability to the global economy. China will keep its doors open, allow access to China’s market, and integrate China with the world. Every day, consumers in both the U.S. and China find their lives improved because of access to better and less expensive products because of the imports from the Chinese wholesale suppliers. Since the beginning of the new millennium (2000), the trade relationship between these countries has outpaced the other trade relationship. We are offering the following figures that may help you to understand economic bonding between the two nations-

China has a strong stake in the maintenance and further strengthening and modernization of global financial institutions, and the United States welcomes China’s growing contributions to financing development. It is expected that Chinese wholesale market will play a pivotal role in reshaping the economy of the world. The United States and China commit to strengthen their cooperation in the International Monetary Fund (IMF), and continue to improve the IMF’s quota and governance structure. Historically, consumer goods and e-commerce have been a shining example of bilateral cooperation and neither side has sought to undermine or impede this success.

As the Chinese economy transitions into the modern age, there is ample reason to believe US imports from the Chinese wholesale suppliers can grow even more rapidly, and US firms can harvest significant revenues from their investments. The Sino-American trade relationship will greatly boost the economy of both the nations. Whether it is buying products from Chinese wholesale suppliers or sourcing valuable goods, the bonding of these two superpowers will accelerate and reinforce the growth, prosperity and economic balance.

Dropshipping is not new, but various social media platforms have skyrocketed its popularity worldwide. Sellers …